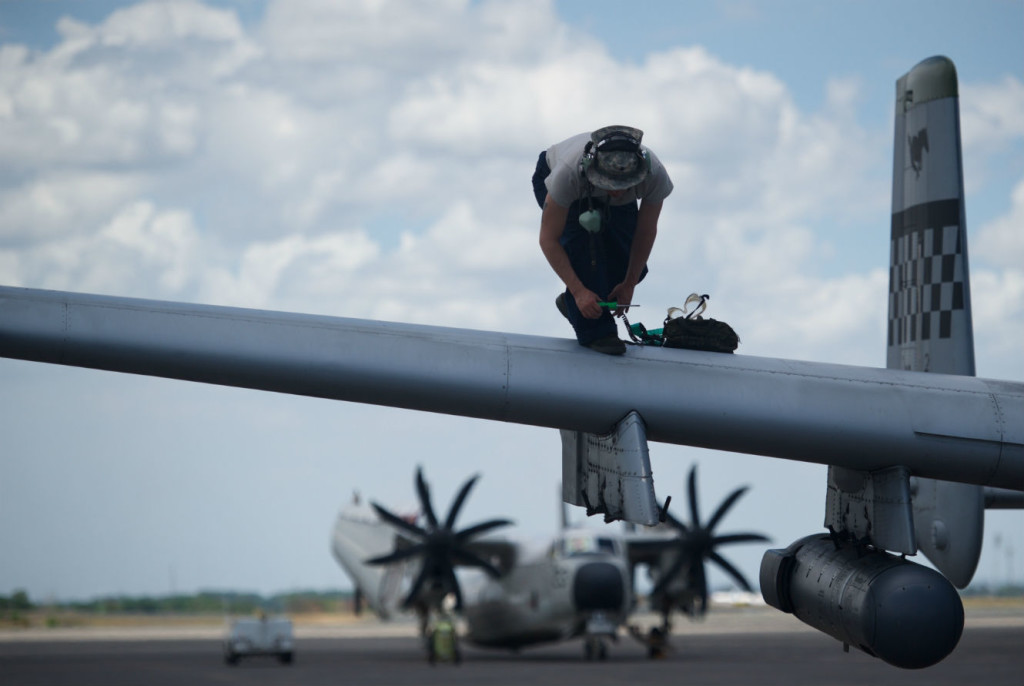 Critics are lining up to condemn the Obama administration’s apparent delay of a third freedom of navigation operation (FONOP) in the South China Sea as yet another sign of weakness, but there is larger strategic game underway that may explain the administration’s decision. Other simultaneous U.S. actions may have deterred China from occupying and reclaiming land at Scarborough Shoal, a disputed atoll only 140 miles from Manila. If this hypothesis is correct, the administration deserves praise, not blame, for taking effective, measured steps to deter a potentially destabilizing Chinese escalation.

Before explaining this hypothesis in detail, it is necessary to explain why a Chinese move to occupy or reclaim Scarborough Shoal would be so provocative. First, Scarborough is a uniquely valuable piece of (mostly underwater) real estate. It is geographically isolated in the northeastern quadrant of the South China Sea, far from the main Spratly and Paracel island groups. If China constructs facilities on Scarborough akin to those it built in the Spratlys, then Chinese radar, aircraft, and cruise missiles could one day easily cover Manila and several Philippine bases to which the United States recently gained access. An outpost at Scarborough would also give Beijing a “strategic triangle” of airstrips in the South China Sea.

Additionally, establishing a base on the shoal would be a clear violation of the 2002 ASEAN-China Declaration on the Conduct of Parties in the South China Sea, which prohibits the occupation of currently uninhabited features. China seized administrative control of Scarborough Shoal from the Philippines in 2012 following a failed U.S. effort to de-escalate a standoff, but the shoal has not been occupied by any claimant to date. Occupation of Scarborough would signal that China has little intention of ever concluding a binding Code of Conduct with its Southeast Asian neighbors, which has languished in negotiations for 14 years.

Finally, if it were to occur in the next few months, Chinese land reclamation at Scarborough would appear to be a deliberate challenge to the rules-based order. Observers are awaiting the result of a case that the Philippines has brought against China under Annex VII of the United Nations Convention on the Law of the Sea. Among other findings, the Permanent Court of Arbitration could invalidate much of China’s “nine-dash line,” so land reclamation around the time of the decision would demonstrate the limits of international law in restraining Chinese maritime assertiveness. For all these reasons, Scarborough Shoal is not just another reef, but a vital strategic feature. Indeed, preventing Chinese reclamation at Scarborough is now seen by many in the region as a litmus test for U.S. resolve.

In spite of the clear rationale for a strong U.S. stance against Chinese reclamation at Scarborough, observers have found many of the Obama administration’s recent statements and actions on the issue “confusing and befuddling.” Earlier this year, Chief of Naval Operations Admiral John Richardson publicly expressed concern that Scarborough might be a “next possible area of reclamation,” citing Chinese “survey” activity. However, President Obama conspicuously avoided mentioning both land reclamation and the South China Sea in joint remarks with Chinese president Xi Jinping shortly after Richardson’s comments. A senior U.S. official later explained that Washington sought to “lower the temperature” over Scarborough Shoal. Yet at the same time, Secretary of Defense Ashton Carter postponed a visit to China, and the Stennis carrier strike group returned to the South China Sea just days after leaving, where it was very publicly visited by Carter and his Philippine counterpart, Defense Secretary Voltaire Gazmin. Notwithstanding Carter and other U.S. leaders repeatedly committing to “fly, sail, and operate wherever international law allows,” Washington then reportedly canceled a FONOP near Mischief Reef. Meanwhile, U.S. Pacific Air Forces openly reported conducting flights by four A-10 Warthogs “in the vicinity of Scarborough Shoal,” but Carter refused to confirm them before Congress. Amid these recriminations, a press story suggested that the White House had “muzzled” military leaders from speaking out against Chinese activities in the South China Sea, yet Pacific Command’s Admiral Harry Harris immediately denied the story’s veracity. What could possibly explain all these seeming inconsistencies?

Only one hypothesis seems to connect all these dots — and it makes the administration’s actions look coherent and strategic. A close reading of public statements suggests that earlier this year U.S. officials became aware of a potential Chinese plan to conduct reclamation at Scarborough Shoal. Around this time, press reports noted that Admiral Harris traveled to Washington for Scarborough-related discussions with other senior U.S. national security leaders, where they seem to have devised a sensible plan for deterring China at Scarborough. This plan relied on demonstrating not only that the United States would stomach some risk of military escalation to prevent reclamation there, but also that Washington would avoid overt public pressure and give Beijing a face-saving way to climb down the escalation ladder. U.S. intentions were likely plainly communicated to the Chinese behind closed doors. Since then, rumors have swirled that this pressure may have convinced Beijing to reevaluate its original plan for Scarborough, at least for the time being.

If this narrative is accurate, then we have a logical explanation for why the United States would send A-10s to Scarborough and a carrier strike group to the South China Sea while cancelling a FONOP. After all, while U.S. freedom of navigation operations are important signals for general deterrence, they have not deterred China from specific reclamation activities. Moreover, the most likely FONOP, one near Mischief Reef, would probably involve the conduct of normal military operations within 12 nautical miles of the reef, which could have triggered a major public reaction from Beijing. On the other hand, deploying multiple U.S. combat aircraft to a disputed feature is a highly unusual move, and the choice of the durable A-10 could signal the United States was prepared to take a hit.

Despite these strong U.S. moves, the A-10 flights near Scarborough Shoal were conducted with remarkably little publicity, particularly compared to the numerous leaks that preceded recent FONOPs. Avoiding a public spat with Beijing may have been important to give China an off-ramp to forgo reclamation at Scarborough. The Mischief Reef FONOP can always be conducted at another time once tensions have subsided. In the same vein, the so-called “gag order” on the military may have simply been an internal agreement to avoid public disclosure of this plan to maximize Beijing’s “political maneuvering space.”

If this reading of events is accurate, then the administration deserves credit for learning some important lessons from recent policy failures. First, it clearly communicated U.S. interests before Chinese activity began, rather than waiting for a Chinese fait accompli. Second, it practiced immediate deterrence by signaling that “specific actions will have specific consequences,” instead of trying to rely only on heretofore ineffective general deterrence. Third, and perhaps most important, Washington demonstrated that it was willing to accept some risk, by placing U.S. forces near Scarborough and elsewhere in the region to conduct operations continuously. Fourth, rather than drawing public red lines, the administration communicated its declaratory policy quietly — speaking softly but carrying a big stick, while still preserving some flexibility.

None of this suggests that competition over Scarborough Shoal is over. Only time will tell whether Beijing ultimately presses ahead to occupy or reclaim Scarborough. The full story may not be clear for some time, but after the failed negotiations in 2012, it appears Washington has adjusted its policies the second time around. Maintaining the status quo will require continued U.S. attention using this same sort of measured strategic approach. There may be tense exchanges ahead, but at least for now, reclamation at Scarborough Shoal is a dog that hasn’t barked.