So You Want to Be a PLA Expert? 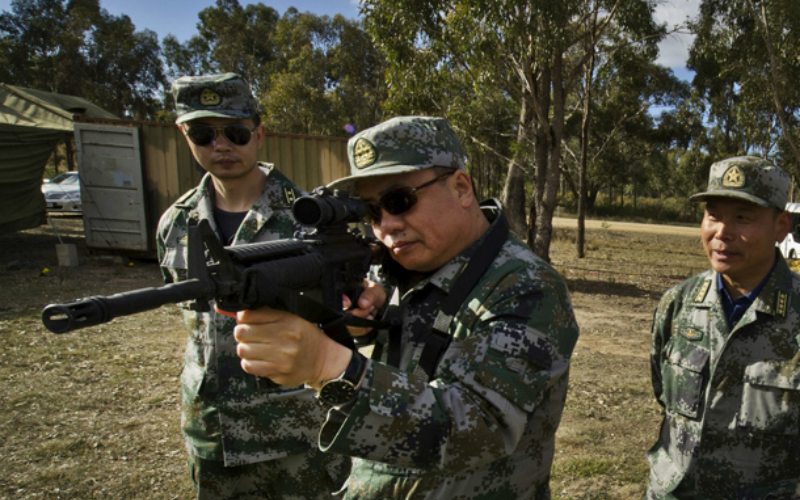 When the U.S. Department of Defense announced it was considering more aggressive proposals to test freedom of navigation around China’s island reclamation projects, a flurry of articles asked what Beijing would do in response. Part of the answer surely has to do with the People’s Liberation Army (PLA). Some answers are to be found in China’s new defense white paper, China’s Military Strategy, but the English translations of PLA jargon often confuse foreign readership about how Beijing is likely to use the military instrument.

One of the challenges of developing a good sense of how the PLA functions is that there are so few places to go for regularly appearing analysis that draws on Chinese sources. Instead of being able to go to a few reliable places, anyone anxious to learn about the PLA has to search and search — or avail themselves of this new shortcut. Even then, it is too easy to miss useful pieces (like this one) that help clarify what the Chinese military means by concepts such as “people’s war” and “active defense.” Below are a few steps and sources from which any would-be analyst should draw their inspiration and guidance before analyzing the Chinese military.

Remember Your ABCs: If for some reason you are having difficulty finding a starting point, then begin with your ABCs: Kenneth Allen, Dennis Blasko, and Bernard “Bud” Cole. These three former military officers offer some of the best analysis available on the PLA Air Force (PLAAF), the PLA Ground Forces, and the PLA Navy (PLAN), respectively. In addition to bringing their military expertise to bear on the challenges of evaluating a foreign military, all three have voluminous publication records. This is not to say that talent is in short supply coming up; one need look no further than the prolific Andrew Erickson on the PLAN, Michael Chase on the Second Artillery (China’s conventional and strategic rocket forces), Daniel Hartnett on military policy, and Timothy Heath on party-army relations among many others. However, chances are if a journal article or book does not make at least a nod to the ABCs of PLA studies, then it should be viewed with suspicion.

Fringes of the U.S. Government, Not Traditional Scholarship: Most analysis of the PLA is not done in traditional academic or think tank settings. Instead, many of the experts sit in federally-funded research and development centers (FFRDCs), defense companies, and the military service colleges as well as the niche think tanks like the Project 2049 Institute. RAND has rebuilt its China capabilities and has a robust and talented staff focused on China. The CNA Corporation possesses a large staff of China security experts, and, while much of their work remains behind closed doors, some of it is freely available. The U.S. Naval War College also has built up remarkable and prolific talent in its China Maritime Studies Institute, which publishes a monograph series. Look to the fringes of the U.S. government and the researchers actively engaged with it for most of the best work.

Check the White Paper: The biannual defense white paper, China’s National Defense, may be propaganda, but useful propaganda must contain truth. No one should rely on the white paper for order of battle information or PLA capabilities. China’s National Defense, however, does contain basic terminology, concepts, and policies of which any would-be analyst should be aware. Even if the most recent iteration does not contain the desired information, it can still be worthwhile to check previous white papers to see if the question was addressed. Sometimes these older white papers contain the best or simplest explanations of issues that can be difficult to describe on the basis of press reporting, so, when in doubt, see what the white papers had to say about the topic. The last two white papers — The Diversified Employment of China’s Armed Forces (2013) and China’s Military Strategy (2015) — are a little light on military policy, focusing instead on where the PLA fits in China’s future, so do not forget to go back.

Be Transparent: The PLA matters to a lot of people, and that means there are a lot of people who can and will check what you write. In most cases, they will have read the same articles and bought the same books. In the other cases, they will have additional articles and books of which you might not be aware. There is too little reliable information. Taking a little time and space to say what sources you chose and why goes a long way to defusing criticism, bad feelings, and other unnecessary back-and-forth. Transparency goes beyond sourcing via hyperlink or footnote. China’s strategy (or whether it even has one) is subject to considerable debate, so it is best to explain the criteria upon which you are passing judgments. Not only is your argument then clearer to the reader, but you can define how others will engage with or criticize your work.

Starting the Library: Developing a sound knowledge of the PLA requires a lot of reading, and the explosive interest in China has generated a robust supply of good analysis of Chinese military modernization and capabilities. It cannot be easy to come to the PLA as a blank slate and choose one of many numerous books and articles to start with. The literature is a hodgepodge of materials spread out across dozens of outlets and publishers. Here are my must-read books on the PLA:

Here are my must read journal articles, reports, or book chapters on the PLA:

With U.S. and Chinese forces in such close proximity in the East and South China Seas, the costs of failing to understand the PLA have risen exponentially. In an age when an analysis can be blogged and recycled almost endlessly, it is more important than ever to get it right the first time. Our minds too often and too heavily anchor to the first information we receive. If competition is more likely than cooperation to shape the next phase of U.S.-China relations, we need more than a few salty quotes from Sun Tzu to count as expertise on Chinese security issues.

Peter Mattis is a Fellow in the China Program at The Jamestown Foundation and a visiting scholar at National Cheng-chi University’s Institute of International Relations in Taipei. He also is the author of Analyzing the Chinese Military: A Review Essay and Resource Guide on the People’s Liberation Army.