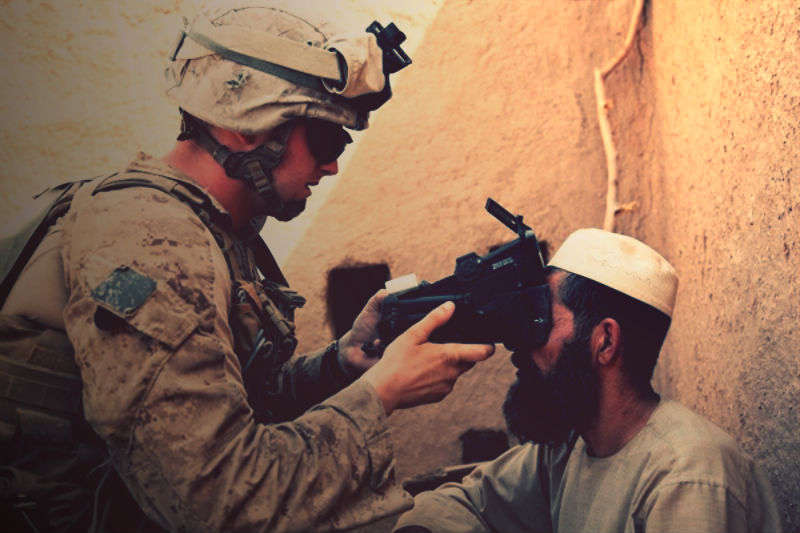 Counterinsurgency theory underlines the uniqueness of each insurgency, yet also advances an approach that is to apply across time and space. Termed clear-hold-build, the approach involves clearing contested territory through security operations and then holding that territory so as to isolate and defend it from insurgent influence. The build phase, finally, involves economic, developmental or governance-related activity intended to increase the legitimacy of the counterinsurgents and the government they represent. Done successfully, clear-hold-build allows the government to increase the territory under its control.  According to the most common simile, government control spreads like oil- or ink-spots across absorbent paper. The insurgents, meanwhile, lose both physical space and their link to the population, without which they are gradually rendered irrelevant or are simply defeated.

On a very abstract level, the sequencing and logic of clear-hold-build are sound. Yet, as any student or practitioner of counterinsurgency knows, implementing this approach is anything but easy. In Afghanistan, NATO forces have struggled to consolidate on security gains and extend the control of the Afghan government— in other words, to translate military advances into political progress. In many cases, these difficulties have fuelled cycles of “mowing the grass” in which commanders continuously conquer territory only to have their adversaries return. In the counterinsurgency vernacular, NATO forces clear, but struggle to hold and build.

Given this problematic track-record, not just in Afghanistan, the near-ubiquity of clear-hold-build is somewhat problematic. At worst, faith in this approach as a go-to solution risks substituting for genuine strategic thought and a carefully tailored campaign plan. Before this approach is once more invoked as the path to success, it is necessary to challenge the paradigm and rethink exactly what we mean by local-level counterinsurgency.

As I argue in a recent article in Contemporary Security Policy (available “free-to-view” through Taylor and Francis), a key difficulty with clear-hold-build is that it is so intensely political. Whereas most military forces are comfortable clearing territory, holding and building create a “new normal,” which in turn requires an understanding of local structures, capabilities, aspirations and fears. Often, it is assumed that with the insurgents gone, a harmony of interest naturally prevails around the good cause of the counterinsurgents. In reality, each locality brings a unique web of competing interests, which unless carefully understood, are likely to thwart attempts at peace. The complexity is compounded where the government at the heart of the counterinsurgency campaign is viewed as corrupt, unaccountable or predatory — in such environments, clear-build-hold may not be viable, at least not without concerted reform.

Whereas clear-hold-build suggests a linear path toward success, what is really at stake is nothing less than reversing societal breakdown, all while in the midst of ongoing war. The best protection against such complexity is to embrace it. Wherever this approach is to be tried, its implementation must be suffused with an understanding of the political economy of armed conflict: the patronage networks, the functions of violence, and the distribution of privilege and power, both at the local and state levels. Rather than view “ungoverned,” “stateless,” or “post-war” territory through the metaphor of oil spots and paper – black on white – the political economy of war perspective sees each locality as heaving with activity, intrigue, and politics, all of which must be understood and factored into the planning and conduct of operations. Specifically, as it is the counterinsurgents’ intention to address violence, locating the drivers of conflict will be critical and should guide ensuing activities.

Of course, all of this is much easier said than done. Even then, it is regrettable that those who practice counterinsurgency have typically evinced little skill or interest in unearthing and using this type of information. Instead, the state has been viewed unquestioningly as a benevolent provider, the insurgents as the main or only threat to stability, and the population as passive victims to be rescued and made loyal through service provision. In other words, proponents of clear-hold-build have a tendency to wish away the very problems that cause insurgency in the first place: a lack of government legitimacy, split loyalties among the population, and contested governance among a range of armed political groups. Viewed in these terms, clear-hold-build can appear caricaturesque and even dangerous if it provides practitioners false hope for swift and unimpeded progress.

Where does this leave clear-hold-build? Some might argue that its problematic track record is itself grounds for its dismissal. Still, it is difficult to envisage a successful counterinsurgency campaign that would not in some way involve the steps of clearing, holding and building, probably in that order. The key lies in not mistaking the approach for more than what it is. Clear-hold-build is not a strategy and must not be confused as such—arguably this has been the tendency in Afghanistan. As Hew Strachan notes, “as soon as strategy allows the expectations of theory to lessen its grasp of what is really happening it has allowed theory to be its master rather than its tool.” As a framework for analysis, clear-hold-build is an empty shell that must be filled with the specifics of the case. Only when suffused with this type of knowledge can it be the foundation of a campaign plan, one informed by available means, local opportunities, and a theory of victory.

A final point bears noting. Whether in Malaya, Vietnam, Iraq or Afghanistan, clear-hold-build has emerged as an antithesis to the “conventional” approach typically adopted by militaries facing insurgency —an approach dominated by the use of military force, raids, and body counts. Clear-hold-build challenges this approach by framing counterinsurgency as a fight for the support and loyalty of the relevant populations. Yet, beyond its exhortation for a secure environment and cooperation with local communities, it can provide few specifics. It is inevitably – as theory – more relevant for the questions it raises than for the answers that it cannot possibly provide. It is a subtle distinction, but one with fundamental consequences for how this approach is used and for the results that it may yield.

David H. Ucko is associate professor at the College of International Security Affairs, National Defense University, and an adjunct fellow at the Department of War Studies, King’s College London. He is the author of Counterinsurgency in Crisis: Britain and the Challenges of Modern Warfare (Columbia University Press, 2013). His most recent article is “Beyond Clear-Hold-Build: Rethinking Local-Level Counterinsurgency after Afghanistan” in the journal Contemporary Security Policy.