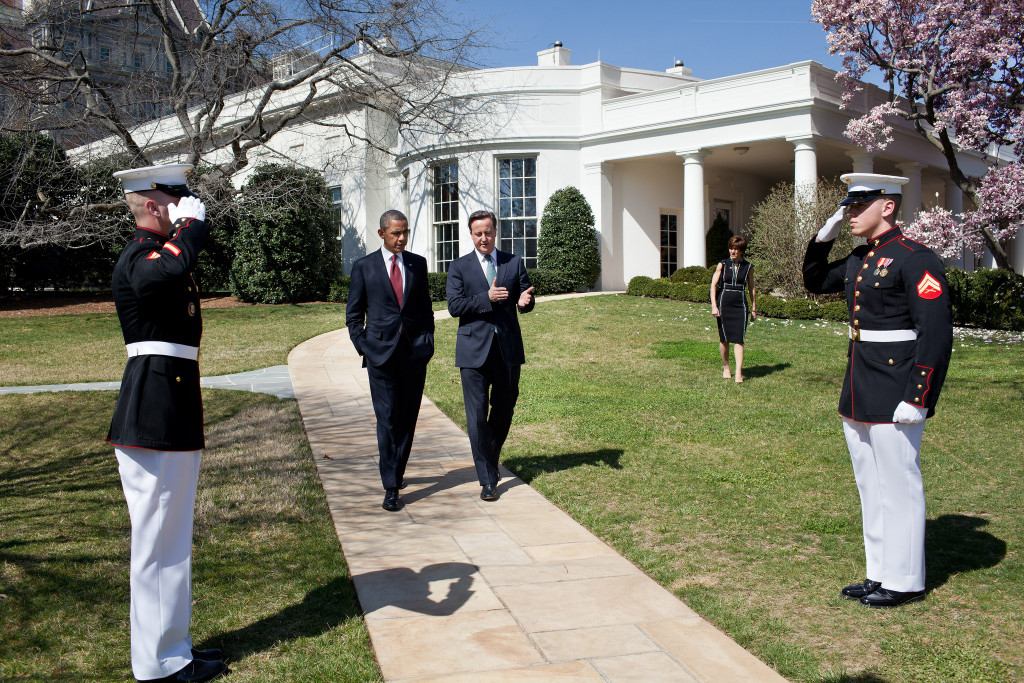 In the aftermath of Saddam Hussein’s invasion of Kuwait in 1990, Prime Minister Margaret Thatcher supposedly warned her ally, U.S. President George H. W. Bush, “George, this is no time to go wobbly.” A look at the current and projected U.K. defense budgets reveals a marked reduction in that country’s capacity to make a significant contribution to sustaining the international order. The lack of debate about defense in the upcoming British general election set for May 7 reinforces the perception of retrenchment. These debates suggest that the strategic and operational value of the special relationship is at risk. Is the United Kingdom going wobbly on the United States and losing interest in doing what it takes to be a major power?

Despite the spate of crises emerging in Iraq, Syria, Ukraine, Yemen, Nigeria and elsewhere, the ongoing election campaign suggests that Britain is turning inward. Two protracted and gritty campaigns in Iraq and Afghanistan exhausted both the Army and Royal Marines, as well as the larger body politic. Nearly 14 years of war in the Middle East and South Asia has naturally depleted the public’s support for foreign adventure and its trust in the government’s ability to act strategically in an increasing chaotic world. A weary titan, already shrunken, once again contemplates a rebalancing of its ambition and power position.

In rhetoric, the present Conservative-Liberal Democrat coalition government claims to be committed to the United Kingdom’s status as a serious power, including a military force capable of meeting its international role as in the past, but the figures tell a different story. The Strategic Defence and Security Review (SDSR) concluded that the defense share of austerity spending levels required a cut of 8 percent from the armed forces. Due to fixed costs and overhead, the operating forces took the brunt of the cuts and the overall reductions in force levels were more severe, over 20 percent. For the Army this resulted in a planned cut from 102,000 active duty troops to 82,000 but an increase in Reserves. This did not dampen 10 Downing Street’s assessment of where Britain stood, as the SDSR states “Our country has always had global responsibilities and global ambitions. We have a proud history of standing up for the values we believe in and we should have no less ambition for our country in the decades to come.” Whether that remains the United Kingdom’s strategic ambition or a perfidious dodge remains to be seen.

In the heat of the pending election campaign, few candidates or their parties have committed to the longstanding NATO ambition of dedicating two percent of GDP to security. Recently the UK Independent Party (UKIP) has hinted it will do so and attacked the current Prime Minister for failing to live up to the NATO standard, which was recently reinforced at the last NATO Summit in Wales.

Competing demands for an extensive welfare state, domestic security, homeland resilience and the intelligence services restricts resources for U.K. defense. Britain’s active duty manpower level (146,000 in 2014) places it 38th in the world. The current plan to reduce the British Army to 82,000 troops will leave it with a ground fighting force of some four deployable brigades. Like U.S. force structure plans, there are hints that the defense budget does not provide sufficient funds to sustain even that level and that perhaps the Army will have to drop to 75,000. There are even reports from former Defence Ministers and Members of Parliament that consideration is being given to further cuts and even lower numbers for the British Army in the neighborhood of 60,000.

Retired former U.S. Secretary of Defense Robert Gates firmly warned Europe in general — and the United Kingdom in particular — that continued cuts in the Armed Forces were perceived as curtailing the kingdom’s ability to be a major player and a credible ally. In 2014, Gates pointed to Royal Navy reductions in particular and was quoted by the BBC: “With the fairly substantial reductions in defense spending in Britain, what we’re finding is that [the UK] won’t have full spectrum capabilities and the ability to be a full partner as they have been in the past.” Overall, many Washington leaders in and out of uniform believe that the credibility of the NATO alliance is at risk, and that the alliance’s commitment to the two percent target reflects and projects a renewed commitment. The media reported that President Obama privately called Prime Minister Cameron and urged him to ensure that his commitment to the two percent target was fulfilled.

More recently, the Chief of Staff of the U.S. Army, General Odierno, recently commented on this matter, quite candidly laying out his concerns about Whitehall’s plans and force levels.

The United Kingdom is not unaware of the yawning gap between an evolving security context and its precariously dwindling capacity. The House of Commons Defence Committee finished a comprehensive review of the emerging security context and concluded that the strategic environment had changed enough to warrant a substantial reassessment of the Government’s spending plans. In its report, titled Rethinking defence to meet new threats, they concluded that it was “necessary to rewrite and reconceptualise the underlying assumptions of SDSR 2010, and Future Force 2020. We believe that a changed world requires new force structures and resources to match a threat from an advanced military state, such as Russia, and to respond to the ever-expanding set of threats from failed states, and terrorist-affiliates.” The chair of that Parliamentary Committee review, Rory Stewart, has warned about the potential strategic impact of not meeting the NATO commitment and how it would send the wrong signal to Vladimir Putin.

If further cuts are made, Britain’s claim as a major power will be more precarious than it has been in hundreds of years. This ties directly to its seat on the United Nations Security Council and its status as a nuclear state. The relevance of these two factors is disputable. The Security Council’s structure, meant to reflect a balance between the world’s major powers, is increasingly archaic. Moreover, the UK’s aging nuclear force, in the form of submarine launched missiles, may be unaffordable. Whomever sits in 10 Downing will find modernizing the Vanguard submarines comes at a dear price, and that that funding may be needed to pay to move them and their supporting infrastructure out of the Faslane base in Scotland. Abandoning a nuclear deterrent is unlikely, but moving the fleet from Scotland, eliminating a continuous at sea force, or delaying an expensive modernization program would be on the table.

This may not be a bad thing since it would free up funds for flexible forces that can contribute to conventional deterrence and other missions. An Army of roughly 100,000 and a Navy of two aircraft carriers and 24 frigates would be a more strategically relevant force for the United Kingdom and its allies.

The United Kingdom has the right and the obligation to determine its own affairs and place in the world. There is something to be said for fiscal discipline, and for tightly balancing available means with one’s strategic posture. But there are also the prospects of increasing chaos as the Middle East erupts and Putin pouts, both of which impact Britain far more directly simply by virtue of geography. That said, there is little doubt that when a crisis erupts, and one will undoubtedly arise, our cousins on the other side of the Atlantic will be there with us. It’s just a shame that there will be so few. Given the chaos that exists today in Europe and the Middle East, this is hardly the time for anyone to go wobbly.

F. G. Hoffman is a Senior Research Fellow at the National Defense University, a member of the Board of Advisors at the Foreign Policy Research Institute, a doctoral candidate at King’s College London, and a Contributing Editor at War on the Rocks. These remarks are his own and do not reflect official DOD or US government positions or policy.