The Cold War Offset Strategy: Assault Breaker and the Beginning of the RSTA Revolution 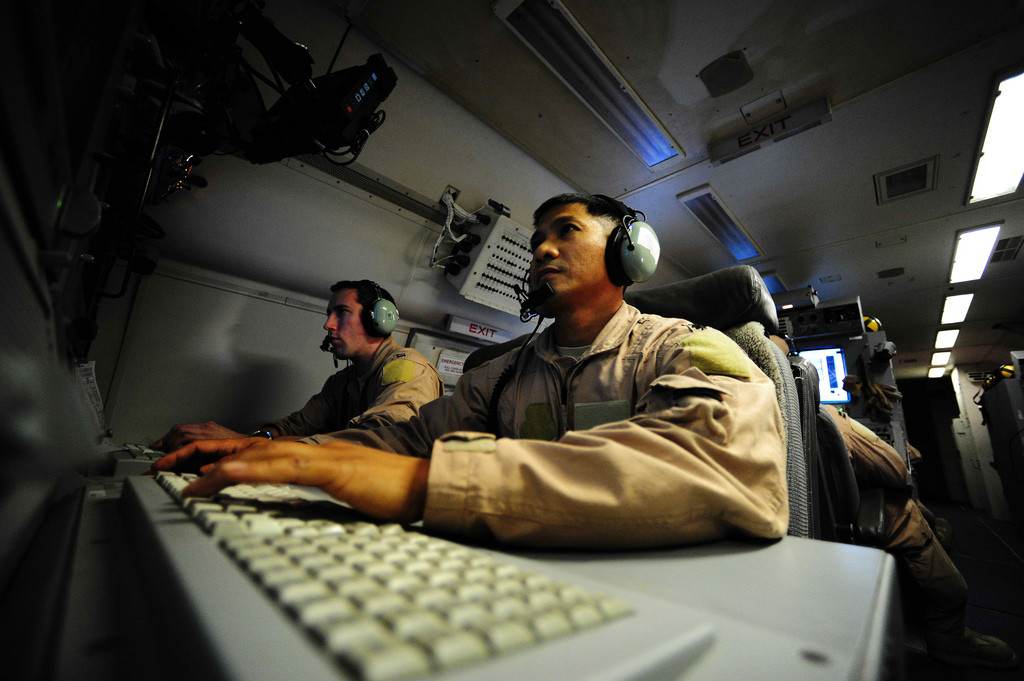 “We had a serious problem,” recalled Frank Kendall, now the Defense Department’s point man on acquisition. He returned to government in 2010 and was vexed by intelligence reports detailing foreign military developments.

But is the United States beginning to turn that corner? As Under Secretary of Defense for Acquisition, Technology and Logistics, Kendall is overseeing a new long-range strategic planning effort that seeks to replicate the unprecedented advances associated with the Cold War Offset Strategy discussed in previous Beyond Offset articles. (This new venture was announced last week by Secretary of Defense Chuck Hagel at the Reagan Security Forum. Read the speech here.)

Kendall is uniquely qualified to resurrect the combination of innovation, program management, and concept of operations development required to replicate the achievements of the Cold War Offset Strategy: He oversaw development of the Follow-On-Forces-Attack (FOFA) capabilities from 1989 to 1994. FOFA aimed to delay, disrupt, and destroy the rear echelons of Warsaw Pact ground.

The Soviet approach to ground combat involved multiple layers, or echelons, of armored forces pushing forward on the battlefield to penetrate NATO defenses. Second and third echelons were intended to exploit any break in NATO defenses. Soviet doctrine and operational art evolved from relatively predictable battle plans in the 1960s, to agile, dynamic operations in the 1970s that included an independent maneuver “shock” force to rapidly penetrate NATO territory. On this dimension, the advent of the Operational Maneuver Group was perceived as a new threat to deterrence stability that rekindled fears of a surprise attack. The Operational Maneuver Group was not merely a reinforcement of the second echelon.

NATO forces on the front lines would face massive waves of Soviet armor with little opportunity to transition from defense to counter-attack. A NATO battalion on the front lines might face as many as 120 advancing Soviet tanks within thirty minutes. Soviet doctrine and military exercises began emphasizing nonnuclear conflicts, leading Western analysts to believe they considered a conventional-only war possible. Analysts further assessed that such a conventional-only war would begin with a surprise attack, without full Warsaw Pact mobilization, to deny NATO the time to mobilize conventional reserves and decision makers to approve tactical nuclear weapons.

There was widespread debate about the likelihood of a Soviet surprise attack, and, if one occurred, how NATO forces would fare against Soviet armor. A number of analysts concluded that spatial and temporal factors favored the Warsaw Pact – a function of potential combat power generated over a relatively quick period and NATO’s lack of operational depth. Restoring NATO defensive capabilities meant increasing the lethality of NATO forces by improving weapons, firing rates, weapons precision, and artillery support. Precision munitions became a core focus of American technology development at the same time that military planners adopted a systems approach to identifying Soviet weaknesses and ways to “offset” Soviet quantitative – and in some cases technological – superiority.

The Fallout from the October War

Israel’s victory against Egyptian and Syrian forces in the 1973 October War might be the first time that U.S. defense planners were dismayed by the triumph of a close ally. No, the Pentagon was not upset that Israel won after an Arab coalition made a surprise attack on Yom Kippur, but rather frightened by the implications of new weapons systems. Precision guided munitions and air defense systems made their combat debut on the Golan Heights and in the Sinai Desert, raising awareness in the halls of the Pentagon. Their performance challenged prevailing assumptions about combined arms warfare.

Until the early 1970s, the high-velocity main gun on a tank was the only viable battlefield anti-tank weapon – and battle tanks were the coin of the realm in conventional force planning. Alternatives for defeating tanks were awkward to employ, inaccurate, packed too little punch, and had too short a range. The October War suggested that inexpensive, man-portable, accurate tank-killers, like those Egypt wielded to blunt Israeli counterattacks, might render U.S. armor vulnerable to Soviet infantry forces. If tanks were no longer required to kill tanks, then American armor could be engaged by other Soviet weapons systems while Soviet tanks pushed forward.

The only viable counter-measure was NATO airpower, but Egypt’s Soviet air defenses demonstrated during the October War proved highly effective, despite Israel’s overall victory. Soviet forces had integrated large numbers of anti-tank systems into its armored forces. Where increased effectiveness of Soviet ground forces suggested that a surprise attack might cripple NATO’s ability to use ground-launched tactical nuclear weapons, Soviet advances in air defenses suggested that NATO’s air-delivered tactical nuclear weapons might not be effective either.

Planners comparing combat losses during the October War to projected losses on the plains of Central Europe were stunned by the high rate of munitions expenditures and rapidity of battlefield losses, calling into question the adequacy of NATO’s pre-positioned munitions stocks and equipment levels. Combat attrition was indeed staggering; Arab and Israeli forces lost more armor and artillery than the U.S. Army had in Europe at that time. The belligerents went through a staggering amount of ammunition. Some believed that, if similar munitions expenditures and attrition rates occurred in Europe, NATO would have to use nuclear weapons even sooner than anticipated because that would be the only option left.

Something had to be done.

American forces, armed with similar weapons systems enabled by surveillance and targeting sub-systems, might blunt Soviet armor more effectively. General Wiliam E. DePuy, the first Commander of the Army’s Training and Doctrine Command, studied the October War. Writing in 1974, DePuy observed that, “What can be seen, can be hit. What can be hit can be killed.”

For the past four decades this has been an underlying mantra in U.S. military innovation. Whereas planners in the 1970s thought in terms of seeing, hitting, and killing targets consisting of large armored formations arrayed on a linear battlefield, today’s planners have extended the mantra to include global persistent surveillance and targeting, prompt global strike, directed energy weapons that travel at the speed of light, and swarming unmanned systems that can autonomously identify, track, and coordinate distributed attacks.

Several important studies, technology demonstrations, and development programs were created in the mid-1970s in the context of the deteriorating military balance in Europe. Studies included the Lincoln Laboratory’s Integrated Target Acquisition and Strike System report and the 1976 Defense Science Board Summer Study on countering a Soviet conventional attack.

Two programs contributing to advanced battlefield information capabilities were the Coherent Emitter Location Testbed (CELT) and the Battlefield Exploitation and Target Acquisition (BETA) initiative. Both contributed to the evolution of American battlefield information superiority by demonstrating, at least in experiments, that intelligence and information systems could be made more relevant to the commander. They are early example of today’s automated sensor-to-shooter systems. Other battlefield intelligence programs during this period included the Joint Tactical Information System and the Joint Tactical Fusion Program.

Around this time, then Deputy Director of Defense for Research and Engineering William Perry argued that precision strike advances offered the “greatest single potential for force multiplication” to meet the Soviet threat in Europe because they had “the potential for revolutionizing warfare,” and would “greatly enhance our ability to deter war without having to compete tank for tank, missile for missile.” Perry’s vision remains central to the American way of war: “to be able to see all high-value targets on the battlefield at any time; to be able to make a direct hit on any targets we can see; and to be able to destroy any target we can hit.” The Assault Breaker concept demonstration was launched as a rapid reaction weapons test in 1978, specifically to evaluate the operational and technological feasibility of what would become known as reconnaissance, surveillance, and target acquisition (RSTA) capabilities.

According to a Defense Advanced Research Project Agency (DARPA) history, “the question to be answered was whether developments in sensors, computing, communications, guidance, and munitions allowed for deep precision attack against hard, mobile targets.” American and NATO military leaders had to be able to quickly identify, track, target, and destroy both stationary and moving enemy forces before they could reinforce the first wave of any Soviet attack that was being engaged by NATO’s defensive forces.

Assault Breaker leveraged existing airborne surveillance and targeting programs: the Army’s helicopter-mounted Stand Off Target Acquisition System, an airborne targeting system similar in concept and operations to the Air Force’s E-3 Sentry Airborne Warning and Control System. The first production version of the Sentry was delivered in 1975 for testing and evaluation and entered operational service with the 552nd Airborne Warning and Control Wing, Tinker Air Force Base, Oklahoma, in 1977. During Air Force demonstration flights in Europe, Sentry operators discovered that autobahn traffic was being picked up on radar, fueling interest in a ground moving target indicator radar.

Existing efforts to develop a long-range synthetic aperture radar for the high-altitude TR-1 surveillance aircraft were adapted to modify the radar for an aircraft called PAVE MOVER – which became the basis for the Joint Surveillance Target Attack Radar System (JSTARS). JSTARS remains a key legacy of Assault Breaker.

Testing of Assault Breaker components began in 1979 and a successful demonstration occurred in late 1981. The demonstration involved integrating a moving target radar system, ground- and air-launched missiles, and sub-munitions to destroy tanks located ninety miles away. The targets represented, albeit on a small scale, the potential to see, target, and destroy Soviet armored vehicles located in the rear echelons – the follow-on-forces.

Upon learning of U.S. advances in stand-of precision strike following the Assault Breaker, then Soviet Chief of Staff Nikolai Ogarkov recommended a “strategic pause” in Soviet military procurement because U.S. and NATO modernization efforts were perceived to be neutralizing the Soviet quantitative advantage.

The successful Assault Breaker concept demonstration was particularly important to defense planners grappling with a perceived increase in tensions between NATO and the Warsaw Pact, and an ominous shift in the European military balance. In 1981, the CIA estimated that Soviet annual military spending was roughly double U.S. spending in real terms. Soviet factories were producing three to four times as many fighters and three times as many tanks as the United States. The Soviets also built more attack submarines to disrupt the U.S. Navy’s delivery of soldiers and equipment to reinforce Europe and other theaters.

The conventional military threat to stability seemed particularly grave in light of the 1981 Polish crisis and changes in Soviet troop movements during exercises. Soviet military units practiced radio silence, preventing U.S. signals intelligence assets from reporting on signs of troop movement. Shorter winter days meant less daylight for satellite imagery to warn of changes in troop dispositions or changes in their mobilization. Movements went undetected for days and more, leading to increased fears that a future exercise could be the pretext for a surprise attack. Of note, the Egyptians used an exercise as cover to launch the 1973 War.

The first combat testing of the essential conceptual and technological elements of Assault Breaker occurred in the Persian Gulf, not on the plains of Central Europe. During the Gulf War, for example, some thirty-two Army Tactical Missile Systems were used in conjunction with JSTARS. This was the first time that commanders were provided an integrated, near-real time picture of their battlefields that was secure enough to share information from classified sources. Soviet observers viewed the resulting capabilities to be a conventional variant of what they dubbed a theater strategic offensive, with the primary increases in effectiveness coming from a reconnaissance–strike complex.

Robert R. Tomes, PhD is President of the MapStory Foundation and adjunct professor of security policy studies at Georgetown University, and provides strategy and technology consulting services through his company, Liminal Leadership, LLC.  His publications include U.S. Defense Strategy from Vietnam to Operation Iraqi Freedom: Military Innovation and the New American Way of War, 1973-2003 (Routledge, 2007), which analyzes the Cold War offset strategy as a case study in military innovation.