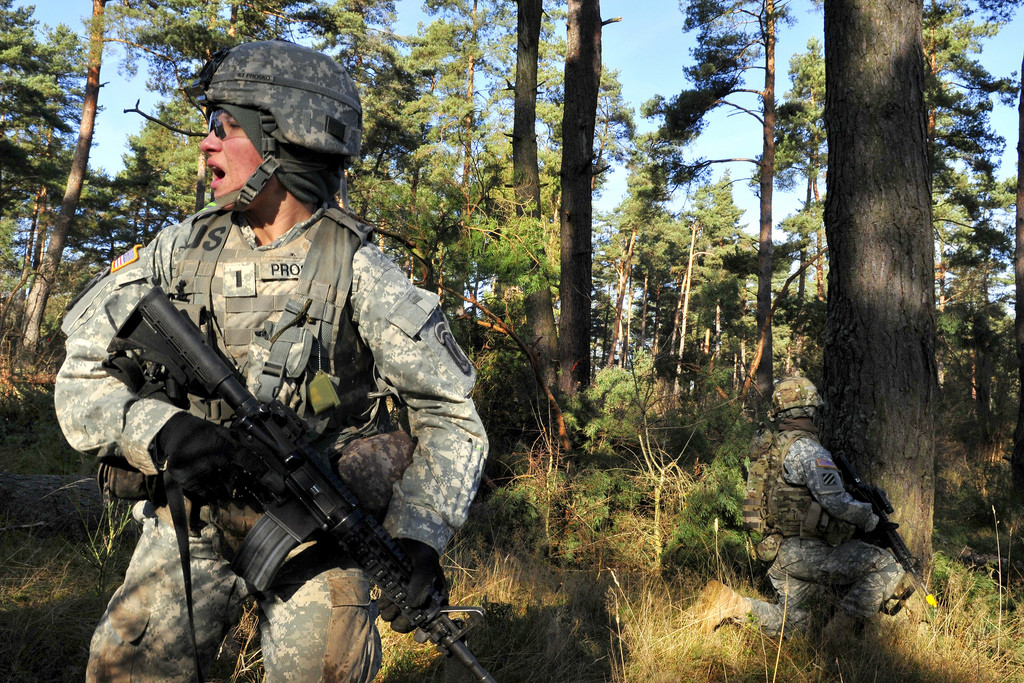 I can think of at least six reasons why a young woman would want to integrate an otherwise all-male ground combat unit. And I am purposely emphasizing the word “integrate,” because if her aim were simply to be able to serve in combat units, advocates would have agitated for women being able to serve in their own all-female units long ago. The fact that there has been no such lobbying signals that women are after something beyond just getting to close with and destroy the enemy.

Anyone reading this list should be able to appreciate, and even admire most of these motivations. However, there is a catch to each of them. All six have to do with the individual. They center around self. It may be next to impossible for an ambitious, patriotic young woman to see how her presence might detract from cohesion among a group of similarly motivated young men. But, as my previous articles have argued, it will.

When it comes to politicians’ motivations, numbers one, two, and three reflect nothing more than an enabling ignorance. They ignore why we have a military in the first place. The imperative when thinking about the military should be: what enhances our national security? Too often, however, politicians’ chief concerns revolve around jobs for their district or state; what pleases their donors; and what their constituents harangue them about.

Add up politicians’ concerns and, unfortunately, they point to exactly why the combat exclusion ban will likely be lifted: too few members of Congress have to care about our national security. As it is, none are held to individual account when it comes to security failures, whether on our southern border or abroad in places like Iraq or Libya. Nor has the hollowing out of the force begun to bear truly bitter fruit. Essentially, members of Congress stand to lose nothing politically by going along with Secretary of Defense Panetta’s last minute directive.

As for the desire to see more women attain senior command positions (motivation number four), those who attain these jobs typically rise through the combat arms in ways currently closed to women. Thus, this objection to women’s exclusion actually may have merit. Bear with me. First, let’s remember: thus far, no one has made a cogent argument for how women represent value added to ground combat capabilities. Without a doubt, women are a critical asset when it comes to intelligence work, reconnaissance, and for certain types of behind-the-lines missions. But no one yet has been able to explain how an otherwise all-male unit would close with and destroy the enemy more effectively with female members present — unless you are willing to buy into the notion, as some proponents do, that women think sufficiently differently from men and that without them present combat units miss out on women’s unique problem-solving skills.

On the face of it this seems a dangerous kind of argument to make. It means men and women should not be considered sufficiently similar to be interchangeable, which is a prospect that has implications well beyond just ground combat units.

But say, for the sake of argument, that women are demonstrably better at certain kinds of work. For instance, women may excel at social relations or written and verbal communication and reading others, all of which are extremely important in cross-cultural settings and in military diplomacy.

Interestingly, there is academic evidence to suggest that gender-based differences exist beyond just the physical, even if the quip that “men are from Mars and women are from Venus” overstates it. Men will often take a more direct, confrontational approach in tense situations, thereby favoring force over finesse, whereas women will try to be more conciliatory. Consequently, I’ll often joke in classes full of special operators that if, as is forecasted, the future of special operations forces lies in the indirect approach, then its ranks should be full of women. Or, at least it should be led by women.

But maybe there really is something to this.

In fact, the question I want to pose here is: what does prevent a woman from becoming a future combatant commander other than the fact she has not passed through certain billets?

Or to come at this from a slightly different angle: Do you have to have been a grunt to be an effective strategic thinker? Do you have to have “been there, done that” to effectively oversee ground combat units at the general officer level? Maybe instead there are certain positions that would grant a woman a sufficient “feel for,” such that her subordinates would want to defer to her judgment regardless of her not having been an actual operator, or infantry soldier or Marine.

I raise these possibilities because addressing them might bleed a lot of the hot air out of the women-need-to-be-in-combat-units debate, and also because a lot of very bright women won’t want to try out for ground combat units. Yet they (like many men) might well have what it takes to devise war-winning strategies at senior levels.

We should all think: Are there positions that would or could prepare a woman to be able to eventually compete for a shot at combatant command without her having to lead an infantry squad, platoon, or ODA first? Could a woman do other jobs and still be able to viably lead an SF battalion, say?

I don’t know the answers to these questions. I suspect they are rarely posed. Most important, of course, is to consider what combat soldiers think since they are the ones who will need to be well commanded — if, that is, we want our security well defended. So, what, in their view, would impel them to want to follow a commander who hasn’t climbed all the same rungs that men currently do?

In short, which rungs would combat soldiers say are imperative for their commanders to have to climb?

Pose these questions to enough men in uniform and it might turn out that there is a way (or there might be several ways) to finesse the issue of getting more women into senior military command positions without having to alter the make-up of ground combat units. Recently there have been any number of general officers in command positions who grew up in combat units, but who themselves never engaged in combat. This leads to an inverse kind of comparison, but again is it conceivable a woman would have what it takes, in men’s eyes, to command them without her having been a grunt right alongside them?

Why, meanwhile, is this important? Because, as everyone likes to point out, all-male units, just like individual women caught in combat situations, have performed well over the past decade. It defies common sense to now mix them and mess with that success in the face of mounting global security concerns.

But there are also other reasons why we should think hard about how the military might reframe this issue. First, a generational change is underway. Second, those currently serving at brigadier level and below have not only seen considerably more combat than their elders, but have also been on the receiving end of some pretty questionable strategy. A change in thinking is sorely needed. Consequently, it shouldn’t be the least bit surprising that “disruptive thinking” has become the cri de coeur of this next generation.

So, to members of that generation, or to anyone who wants to think both constructively and disruptively: aren’t there smarter ways to thread the needle on the women-in-combat-unit topic than have surfaced thus far?

Anna Simons is a Professor of Defense Analysis at the Naval Postgraduate School.  She is the author of  Networks of Dissolution: Somalia Undone and The Company They Keep: Life Inside the U.S. Army Special Forces, and is most recently the co-author of The Sovereignty Solution: A Commonsense Approach to Global Security.  The views expressed are the author’s and do not reflect those of the Department of Defense, the U.S. Navy, or the Naval Postgraduate School.