Jordan: The Canary in the Coal Mine 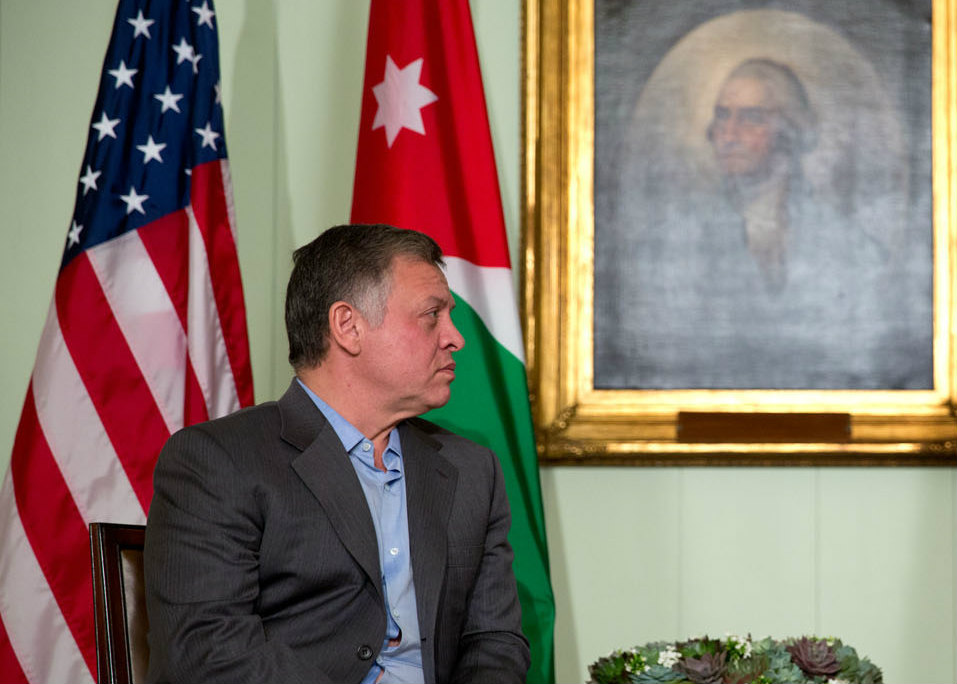 After the United States initiated an airstrike campaign against the Islamic State of Iraq and the Levant (ISIL), Jordan announced that it was one of five Arab states participating in the effort. Jordan weathered the Arab Spring by holding elections and initiating some political reforms, and has stayed a step ahead of the Islamic insurgency through its strong intelligence service and robust counterterrorism measures. While concern is spreading that ISIL might conduct a retaliatory attack inside of Jordan — akin to the bombing of several hotels in Amman in 2005 — the more significant threat ISIL could pose to the kingdom is instigating a push for regime change in the long term by capitalizing on existing social and political tensions.

Having recently returned from a nine-month stint living in the northern tribal town of Irbid — a short 15 miles from Dara’a, the birthplace of Syria’s civil war — I can report the political climate outside of Amman is rife with friction. Smaller villages in northern Jordan are left to deal with the burgeoning refugee crisis, which has caused the prices of local staples, housing, and fuel to skyrocket.  Many of the financially strapped governorates are not able to provide full services, leaving trash to accumulate on the sidewalks and Syrian children to beg on the streets.

The Jordanian economy is structurally weak due to its dependence on external donations in the form of economic support funds and humanitarian assistance from the United States, various United Nations programs, and other international partners. To adjust, the central government in Amman has adopted an “each governorate for itself” policy, meaning that each of Jordan’s 12 governorates has the burden of generating much of its own revenue. Even though Jordan benefits from some foreign direct investment, a large majority of private investments and external funding enter through Amman, but do not necessarily leave Amman.

An additional source of friction is the relationship between Palestinians and East Bank Jordanians. Following Operation Protective Edge, Israel’s summer war in the Gaza Strip, the Israeli-Palestinian conflict continues to be a top priority on King Abdullah’s national security agenda. Although Jordan maintains a strong relationship with Israel – even going so far as to sign a new natural gas deal with the Israeli government – many Jordanians do not support the relationship. Earlier this year, a Jordanian man was killed by Israeli border troops at the Allenby Bridge crossing, the only entry point for Palestinians entering the West Bank. In response, members of parliament petitioned for the expulsion of Israel’s ambassador, followed by summer protests outside the Israeli embassy in Amman. Jordanians of Palestinian origin now comprise half of the total population and that number will only continue to increase, posing a demographic challenge to a status quo that has already made Palestinian-Jordanians de facto second-class citizens.

Palestinians in Jordan are marginalized politically, socially, and economically. They are excluded from most military posts, a legacy of the short civil war between King Hussein and the Palestinian Liberation Organization in 1970, and the disengagement from the West Bank in the 1980s. Additionally, many Palestinians still live in refugee camps – essentially institutionalized slums in Jordan’s largest cities, including Amman. Many Palestinians maintain their refugee status to protect any claim they might have to a future settlement with Israel, but in doing so, forfeit full acquisition of Jordanian citizenship. Instability created by ISIL inside Jordan will give the Palestinian population an opportunity to demand domestic political reforms or apply internal pressure to change the character of Jordan’s relationship with Israel. If instability leads to a change in Jordan’s political character, Jordan may no longer be a buffer between Israel and the Arab world. Additionally, in the absence of genuine political reforms, Palestinian-Jordanians might opt for more violent expressions of protest, potentially retracing Black September’s footprints. Although this may sound alarmist, such a development is not outside the realm of possibility in the long term, especially if forces promoting instability in Jordan, most notably ISIL, succeed.

These economic, social, and political challenges have left young Jordanian men without prospects for employment or the means to support a family, making them highly vulnerable to ISIL propaganda and recruiters.  The starting salary of an ISIL soldier is rumored at $1,000 per month, more than twice the salary of government employees in Jordan.  The economic situation in Jordan cuts across the myriad tribal, religious, ethnic, and national categories that typically dominate the Middle Eastern politics and could act as a unifying force in the short term. If the standard of living remains as it is and instability reaches the precipice of protest, Jordan might experience demonstrations akin to Egypt’s revolution in early 2011. Lessons from the Arab Spring demonstrate that once protests go mainstream, each tribe, faction, religious minority, and ethnic group will use the surplus of political momentum to fulfill its own diverging agendas.

King Abdullah’s resilience during the Arab Spring was largely due to the relationship the monarchy has with Jordan’s Bedouin tribes. The tribes are politically powerful and hold key positions within the military, harkening back to alliances created during the rule of King Abdullah’s father, King Hussein. While there is no reason to believe that King Abdullah’s days are numbered, there is a high probability that the support King Abdullah currently receives will not carry over to his son, Prince Hussein, if and when he assumes the throne. Prince Hussein is Western educated and the son of a Palestinian mother, and with his Jordanian identity built on his grandfather’s legacy, there is little political security Prince Hussein can give to tribal Jordanians in the coming decades.

Although Jordan boasts a strong security sector, the status quo is dependent on the political support of the Bedouin tribes that also play key roles in the military. ISIL could leverage Jordan’s weak economy to set up shop in major tribal centers, like Ma’an and Zarqa, two cities that are home to Jordan’s Salafist population, the latter of which is located only 15 miles north of Amman. As ISIL began its offensive campaign in Iraq this summer, Ma’an erupted in protest, boasting itself to be the “Fallujah of Jordan.” ISIL may not attack the Hashemite Kingdom or outwardly advocate for regime change in the near term, but if left to metastasize, domestic instability created by ISIL could create a window of opportunity for tribal Jordanians, who form the monarchy’s political base, to reevaluate their support for King Abdullah and act accordingly.

Upon surveying the political, social, and economic landscape in Jordan, a long-term ISIL strategy might look to exploit any of the aforementioned areas for concern to expand territorially, increase its pool of recruits, or gain access to Jordan as a major hub for transnational trade and commerce. Jordan has one of the strongest security services in the region, including a well-developed intelligence apparatus that can successfully interdict terrorist plots within the kingdom. Thus, the greatest threat ISIL will pose in the long term is decreasing the time left on the monarchy’s clock and expediting the race toward regime change for some of Jordan’s key stakeholders: Palestinians, tribal leaders, the Muslim Brotherhood, and militant Salafists.